First published in 1938, this novel by Clayton Rawson is considered to be one of the finest “locked room mysteries” of the Golden Age. It’s also a “fair play” mystery, in that the reader receives with every bit of information necessary to solve the whodunit, provided that they have their wits about them. 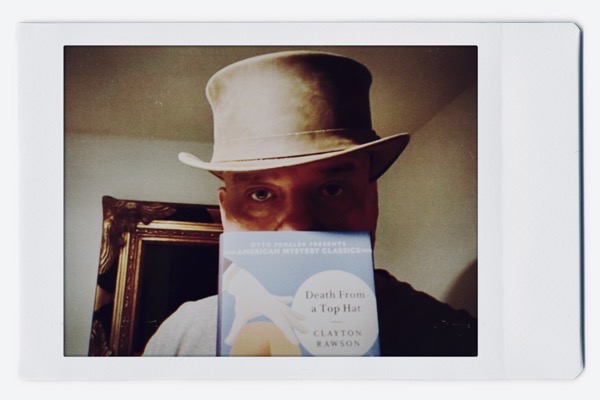 This book is the first in a series of stories around a magician who goes by the name Merlini. As a lauded amateur magician, and leading mystery writer, Rawson combined two of his passions to create the character and series. See his wikipedia entry for much more on this remarkable man.

I thoroughly enjoyed this book, and found the references to magician culture to be both accurate and amusing. (It’s amazing how little it has changed.) There are no spoilers ahead, but here are a few samples of things that I particularly enjoyed:

Rawson’s book has seen various printings, but the best currently available is the American Mystery Classics edition, as it includes an insightful foreword by Otto Penzler. If you’re in NYC, get it from the wonderful Mysterious Bookshop, or of course, the Amazon.

Great -- love all your bulleted notes! Really nifty that the author includes details on where all the clues were hidden throughout the story!

So much fun! I'd only add that reading the great locked-room mystery master John Dickson Carr's seminal The Hollow Man (aka The Three Coffins) first will deepen your enjoyment of this book even further. Carr and Rawson were close friends, and Rawson makes several sly jokes by referencing Carr's work (which was only three years old when Rawson's book was published, but has since been voted by mystery writers as the single finest book in the genre).

As Gordon's list of bullets suggests, Rawson is a very funny writer. (He was also a creator of some very funny magic, including the popular thought-projector/egg-beater routine that comedy magicians still use regularly today.) I'm sure Carr belly-laughed his way straight through this book, and that you'll enjoy it too.