Originally published in 1931, this edition is a delightful facsimile reprint by the University of Chicago Press. Also included are an enlightening introduction and helpful end-notes by Bill Savage.

The author, George Ade, is an under-appreciated Chicago reporter, humorist, and playwright. He was especially known for his ability to reflect the vernacular of the commoners in his work, which is very much in evidence in this book. True to his journalistic background, the subtitle of this book is “Not Wet — Not Dry, Just History,” by which Ade means that it is neither pro-alcohol (“wet”) nor anti-alcohol (“dry”). And throughout the book, which focuses on the saloon culture that was lost due to Prohibition, he sticks to his promise. It’s descriptive, factual, and fascinating, but presented without judgement. 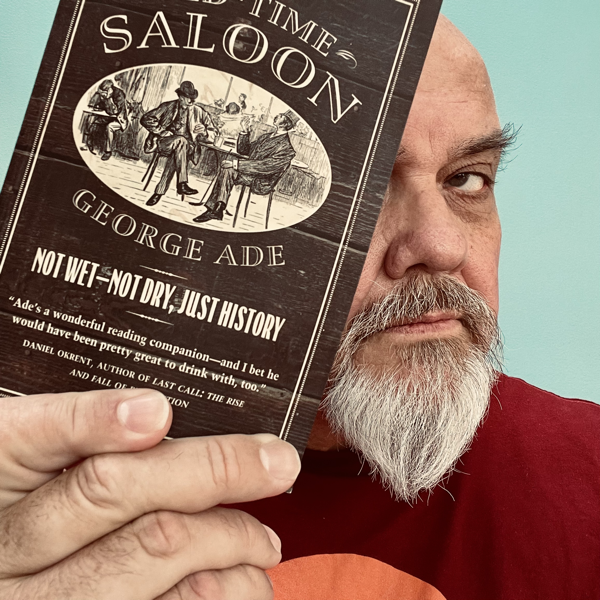 Without judgement, but with full appreciation and a definite mourning for what was lost. Since this was written during Prohibition, with no foreknowledge of its eventual repeal, the book is an interesting snapshot in time. And even though the country eventually broke free of its delusion and corrected the mistake, the corner saloon never returned in the same way.

There’s much here to like, and most of it is best read or retold over a drink, but here are a couple of things that stood out to me:

I bought my copy at Quimby’s, but you can, of course, find it at the Amazon too.

While some hotel rooms provide a night light in the bathroom, most do not. And for me, a nightlight is a necessity. Not just for late-night micturition, but also to help quickly resolve the feeling of “where the hell am I?” that sometimes happens when I wake up in the middle of the night.

So, I travel with a nightlight in my dopp kit. I use an inexpensive and bright night light (although I do wish it were less bulky). It’s cheap enough that I don’t beat myself up too badly when I accidentally leave it behind. But I hate it when that happens, so I came up with a technique that helps me remember to unplug and pack it before I depart. 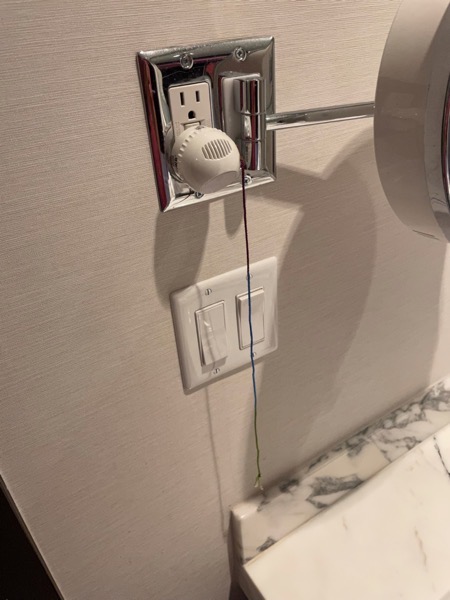 In the photo, you can see that I’ve attached a long, multi-colored string to the night light, using a piece of tape. (I got this rainbow string at Home Depot, but any dark-colored string would do the trick.) The idea is that a long, hanging string will catch my eye when I’m scanning the room to make sure that I’ve packed everything. This has worked for me 20+ room nights and counting, so maybe it will work for you, too.