This book is part of “The Last Interview and Other Conversations.” The book series that collates interviews with iconic and influential public figures. (It’s worth checking out the impressive list of other titles.) 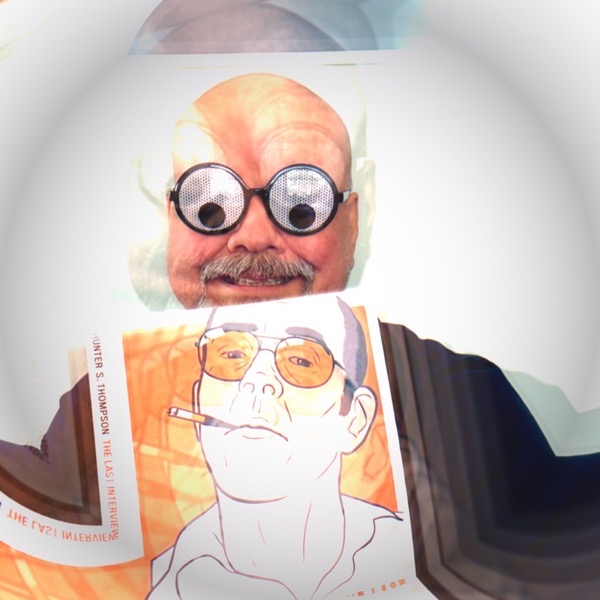 The interviews have a transcript-like feel to them (although they probably aren’t) which makes for a quick and interesting read. They’re arranged chronologically, which adds another layer of insight as H.S.T. grows in influence and psychosis. (I mean that respectfully, how could someone not be mentally affected by his lifestyle and rise to fame‽)

I should disclose that H.S.T. a favorite author, and I’ve read almost every book he’s published. (Two weeks ago I’d have said that I’ve read all of his books, but I learned in one of these interviews that I somehow missed Hey Rube.)

The interviewers range from editors and publishers of regard, to a student journalist who is clearly underprepared. (Sadly, it’s also the last interview before his death.) Also included are two wonderful interviews with the great Chicagoan Studs Terkel, both of which were lost to history until the Terkel Archive was restored. (A project I am now doubly happy to have contributed to.)

It’s impossible to read decades-old H.S.T. without the lens of the Trump klan disaster, and it makes me feel both happy (for him) and sad (for us) that he’s not around today. Undoubtedly, a 2021 perspective influenced some of the choices I made when highlighting passages, including:

I bought my copy at Daunt Books on Fulham Road, which is sadly now closed, but you can also get it from the Amazon, of course. Thanks for one last ride, Hunter.