Home Archives Profile Subscribe
Book Review: There Once Was…
Working around fuzzy PDFs from Shortcuts

My earliest memory of “Ellery Queen” is the eponymous Mystery Magazine in my father’s lunchbox. He was a civilian Air Force employee, and he’d spend his breaks reading the short stories (when he wasn’t reading Popular Science or Popular Mechanics). But aside from that, I didn’t really know anything about Ellery Queen, including whether he actually existed.

(He didn’t. Ellery Queen is basically the American Sherlock Holmes, invented by two cousins who collaborated on the many books published under the pseudonym.) 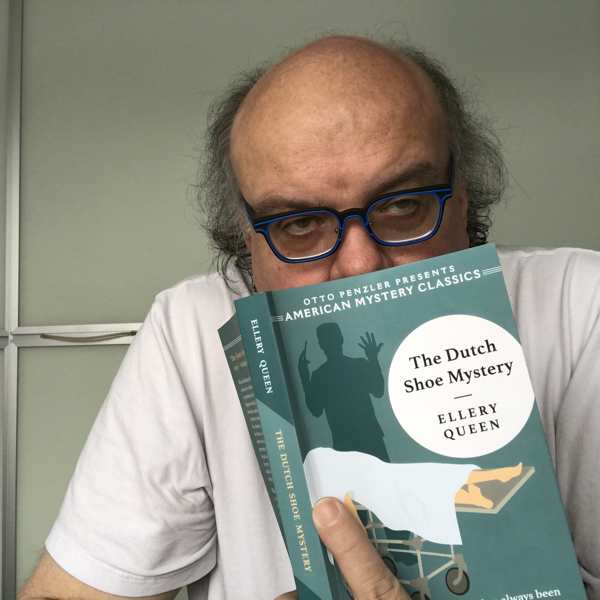 I decided to read this book because it came highly recommended as a classic Queen novel, and as an excellent example of “Fair Play” mysteries (where the reader is provided with all the clews and info necessary to solve the case, if they are smart enough). I was also motivated to read it because the nifty niche store, Mysterious Bookshop, was having a club meeting to discuss it with the son of one of the authors.

I’m a fairly studious and fast reader, but I barely managed to finish the book in time for the meeting. That’s primarily because of the writing — which is very engaging but also filled with archaic and learned references. Queen, it seems, is a bit of a snobby dick. This slowed down my consumption of the prose as I felt compelled to look up unusual words, phrases, and idioms to satisfy my curiosity. I loved every minute of doing so. (I kept my notes in the nifty Craft app, by the way, which is the first time I’ve used it. I was generally satisfied with that choice.)

Did I manage to solve the mystery? Nope. My chief suspect was disqualified (no spoilers!) about 50 pages from the end. Oh, well. Honestly, I wasn’t trying that hard, I was just enjoying the ride. (Which is a legit way to approach the Queen books, I learned at the book club.)

If this sounds appealing, I recommend you give one of his many books a try. I strongly suggest buying from the Mysterious Bookshop as the “American Mystery Classics” series is lovingly constructed — and, as others have noted, some Ellery Queen reprints (and the Audible audiobook) omit entire chapters or important diagrams. (Yes, there are diagrams!) Happy reading!

You’ve inspired me to start re-reading Ellery Queen 😎. In my early twenties I consumed all the Ellery Queen as well as Sjōwall & Wahlöö, another writers duo, books I could lay my hands on in our library in Utrecht, the Netherlands. Being Dutch, the title piqued my interest and I don’t think I’ve read this one.
Then again, even if I had, I think it would be a fresh read. The only thing I remember now is that they read like a great four course dinner.