A water leak can be one of the most expensive accidents to happen in your home. (Ask me sometime about ABT’s installation of a faulty fridge valve that caused over $20K in damage in our kitchen.)

I recommend you buy several Govee Water Leak Detectors and place them anywhere a leak might occur. The loud alarm could save you a lot of money, as it’s easy for a leak to escape detection until after it has done significant damage.

If you know me as a home automation expert, it might be surprising that these are non-automated, standalone alarms. But this is a perfect example of when isolated, inexpensive, and reliable sensors are the best choice. These are “set it and forget it” simple, and you won’t miss an alert due to network interference or a technology mismatch. Additionally, you can buy five of these for half the price of one automated sensor. (Buy from Amazon.)

That said, if you’re hellbent on unnecessary complications, you can apparently get a hub and an app from Govee that will work with these. Instead, I suggest you just convince yourself that you’re deploying a fleet of autonomous robot guardians, then get on with your life and hope that they only problem they ever detect is a low battery.

Book Review: That Doesn’t Mean What You Think It Means

This book by Ross Petras and Kathryn Petras is subtitled The 150 Most Commonly Misused Words And Their Tangled Histories. That’s a fair summary, but it could also be “Schadenfreude for Grammar Pedants.” 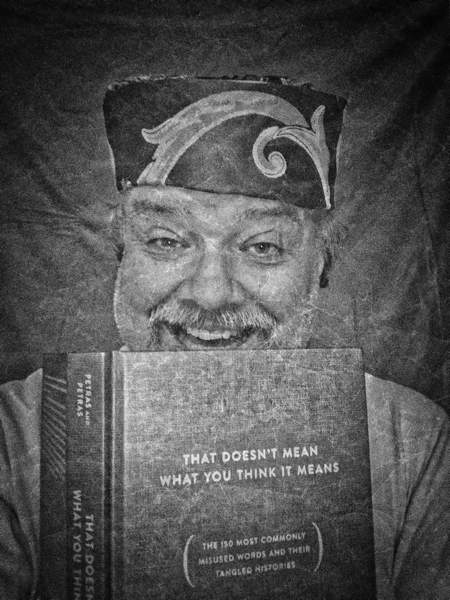 This book discusses words that are commonly misused. Many of them are word pairs and often they are homonyms, in which case mistakes are somewhat understandable among those who don’t read very much. But many of them are just words that don’t get used very often. For example, some people confuse “podium” and “lectern.” In fact, until I read this book, I wasn’t completely sure how they are distinct. (Briefly, you stand on a podium, and behind a lectern.)

Another example is “per se,” which means intrinsically, but as the authors observe, “many people persist in sprinkling it incorrectly in their conversations, like a handful of croutons.” The authors also offer an interesting bit of trivia that the word “ampersand” derives from the phrase “and per se,” and alarmingly, Google reports that some ignoramuses are now writing “per say.”

“Peruse” is another word that stood out to me. It’s commonly misused to imply casual observation, but in fact means the opposite — to carefully examine.

The authors also discuss some regional differences, such as the word “revert,” which is commonly used in India to mean “reply.” Go figure. Just don’t try this at home. (Unless you happen live in India, in which case, even the O.E.D. says it’s OK.)

Two more examples: Oral means “pertaining to words,” and verbal means “spoken.” So if someone tells you to do something, they are giving you verbal instructions. And, a pair of oft-confused words that the disgraced Donald Trump might need to learn, venal means corrupt and venial means pardonable (usually relating to sin).

I can’t forget to mention that each word is accompanied by an example of where it has been used incorrectly. Interestingly, many of them are from the Huffington Post, but virtually no media or personality is spared. This alone will make this book appeal to self-appointed grammar police.

Finally, the production values of this book are outstanding. The binding, covers, design, and paper are of the highest quality. I know this an odd thing to mention, but this book just feels good to hold. I bought my copy at Judy Blume’s delightful Books & Books in Key West, but of course you can also find it the Amazon. 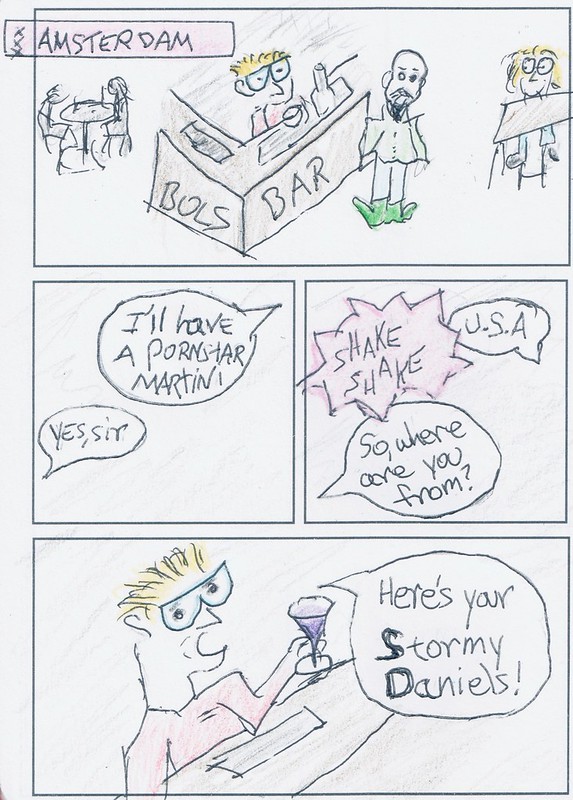 I bought this book because, based on the back cover blurbs, it seemed like it might be in the same ballpark as some of my favorite (and, alas, deceased) authors such as Hunter S. Thompson, George Carlin, and Abbie Hoffman. The writer, Lee Camp, is host of “Redacted Tonight” (never heard of it) which airs on “RT America” (ditto), but he’s also a standup comic and this book is subtitled The Most Important Commentary Ever Written on the Epic American Tragicomedy. How could I say no? 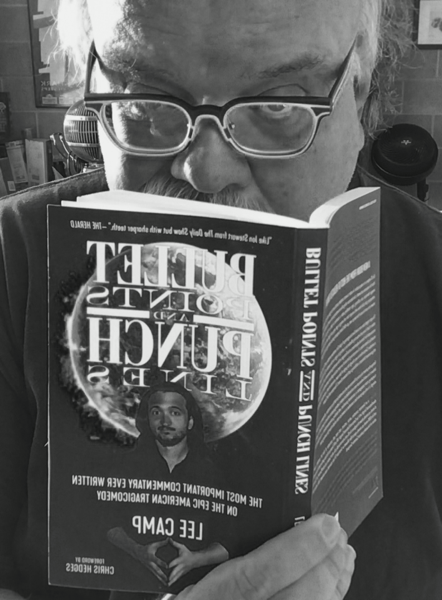 Unfortunately, while Camp is a punchy writer, the book lacked the depth and cleverness I yearned for. Oh, I learned some things, and I appreciated all his footnotes, but too often it felt like he was straining to be snarky and outrageous. I’m fine with that, when it’s also clever and pointed, which Camp fairly was.

One lesson I still have not learned in this life is that you I have to finish reading a book that I've started. I read all of this one, but past the halfway point it became a bit of a slog as I realized it was more annoying than interesting. And I mostly agreed with his points, so I’d consider myself a sympathetic reader, but he wore out his welcome with me. That won’t stop me from quoting some facts he brought forth, but it does mean that I appreciate the writers I mentioned above even more. I suppose I might need to lower my standards a wee bit.

I’m sure, after this dour review, you’re dying to read the book for yourself. You can find it, of course, at Amazon.

A little free library in Chicago

A new Little Free Library has appeared in the neighborhood! Formerly known as "Little Free Library #76261," you can find it on the 1600 block of N. Wolcott Ave, in the Chicago Wicker Park - Bucktown neighborhood. Follow on Instagram for updates and news. If you keep your eyes skinned, you're sure to see a few esoteric titles appear. 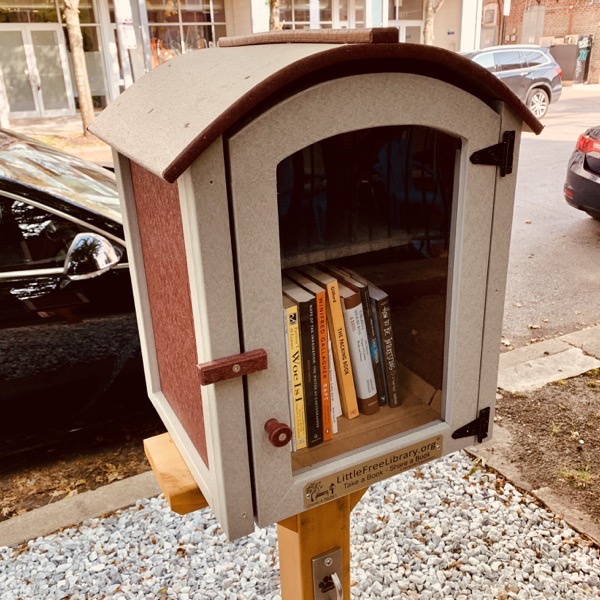 Thank you to Scot Kamins for inspiring this, all the way back in 1999 or so. (He has no idea.)