A visit to Amsterdam's Oudmanhuispoort (2019) 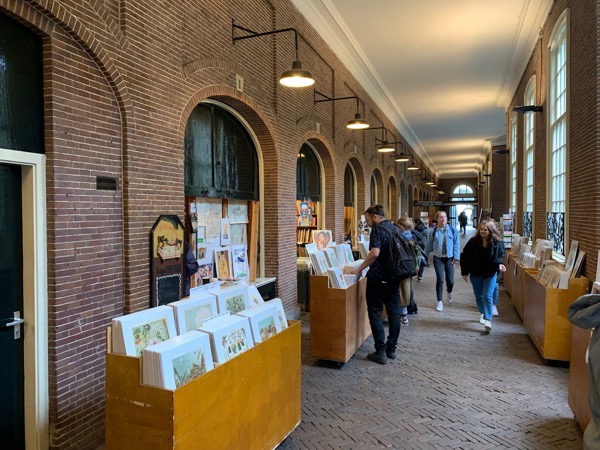 Oudmanhuispoort (Old Man’s House Passage) was part of an 18th Century senior citizen’s home. We learned about the place during a late-night “ghost tour” and vowed to visit the ancient market when it was open for business. Not too long after, a rainy day provided the perfect excuse.

In the mid 1880s this passageway became a place for vendors to sell music, books, and prints. That’s still going on today, although during our Tuesday morning visit most of the stalls were closed. One booth that was open sold nothing but used dictionaries — of every kind imaginable, such as “Biblical Greek.”

It’s said that Amsterdammer Vincent van Gogh was inspired by the Japanese prints he saw here, forever changing the course of Western art. The print vendor open on the day we visited had many great pieces to choose from, at very reasonable prices. Two (a Pooka, and a Water Fairy) will be making their way back home to Chicago with us, which poses a new challenge for our luggage situation, but we’ll do our best. (Update: We visited again, and while more booths were open that time, it was still fairly sparse. Perhaps September is off-season for the market.) 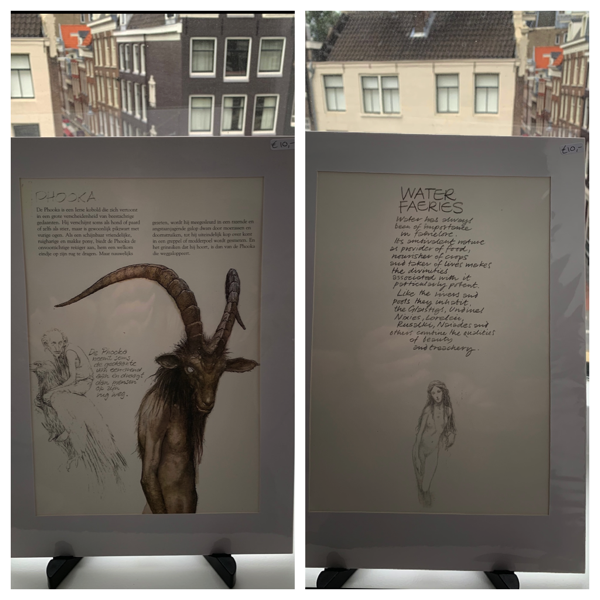 The shop’s owner was a charming lady whose only U.S. visit has been to Los Angelas, so she had a few questions about Chicago, which she said was one of her best-selling old map prints.

Postscript: The passageway and surrounding buildings are now home to the University of Amsterdam’s School of Law, which makes clear their view of interlopers in classic passive voice: 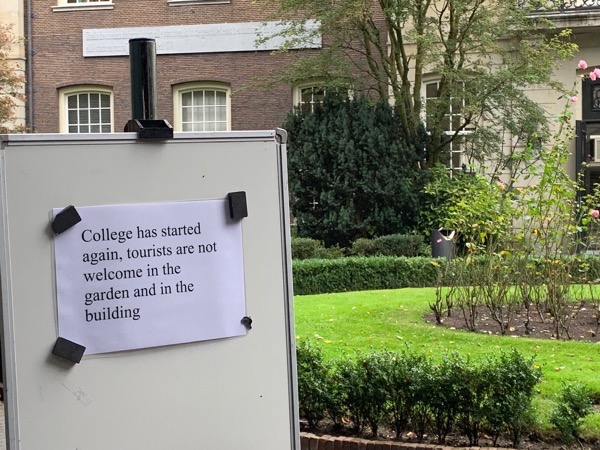