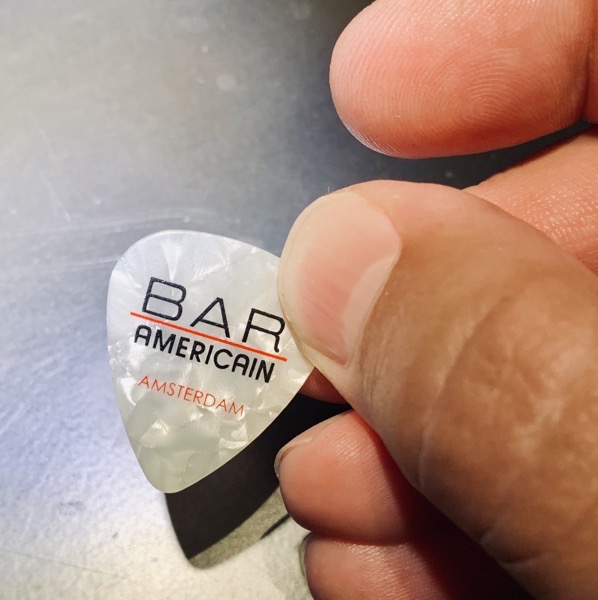 We had a “date” to meet Kay and Flo for drinks the day after our joint nighttime dinner cruise of the Amsterdam canals. Gale and I arrived early and settled in at “Bar Americain” at the American Hotel. (The fact that we were early will surprise few of you.)

The walls of the bar are filled, corner to corner, with framed 8 × 10 photos of celebrities. Gale immediately recognized a few — such as Boy George — and as we waited for the arrival of the server we tentatively identified several more, including Slash.

Our server, Roger, confirmed many of our guesses and explained the photos were all taken in the bar. (I was wrong about Lenny Kravitz, it was a Dutch singer that Roger assured me I’d never heard of.) Gale and I were both surprised at how bad Billy Idol looked and would have never recognized him. And of course there was no mistaking the boys from Texas, ZZ Top.

One of my favorites, which Gale spotted, was a young Dweezil Zappa. 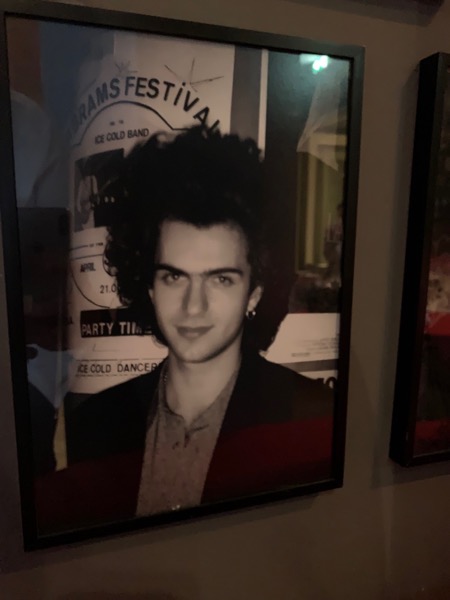 Kay and Flo — who were staying at the hotel — said they heard that it was soon to become a Hard Rock property. Which makes sense, given the rock star appeal. A guest book in the lobby displayed the signatures of UB40, who were playing in town that weekend.

Roger did a good job of keeping us well served and told us, when asked, that he was a true native, having been born just a few blocks away. He also offered Kay and Flo a couple of tips for their next destination, Barcelona.

As we left I gave Roger a Bucktown pin, and he gratefully reciprocated with a Bar Americain guitar pick.

We had a great time visiting with Flo and Kay. We left them well after dark (despite intentions otherwise) and had a long walk back to our canalboat, in a heavy rain. But it was worth the experience and friendship, both new and old. I’m hoping we get back to see Roger again before we leave.