As might be suggested by the exclamative title, this is a book for young adults. Well, this old adult is here to remind you not to judge a book by its title (or artwork). If you have an interest in Twine, this is a great introductory work, no matter your age. 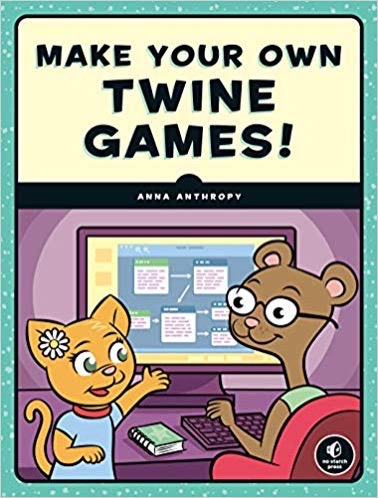 Twine, in case you don't know, is an open source framework for developing interactive text-based games and stories. The very first game I ever wrote was inspired by Advent and Colossal Cave, so Twine really tickles my interest.

However, I've never had the time to really figure it out for myself. This book was a quick read, but now I feel like I not only understand Twine, but that I could put together a game in it, and really enjoy the process.

The book is clear, charming, and fun to read. (And it's written by a fellow Chicagoan!) If you or a young friend are interested in creating art and fun, this is a good place to start. I bought my copy direct from the publisher at a pre-publication price, but you can also get it on Amazon, of course.

My electric water kettle, which was a $10 purchase from Fry's appliance article nearly 15 years ago, needed to be replaced. It still worked, but the rubber coating on the handle was getting sticky and disintegrating. After far too much contemplation over a $40 purchase, I decided on the Cosori 1.7L Electric Kettle. The 4.5 Star/900+ reviews are correct, it's damn fine. It's fast, cool looking, and actually fun to use because of the clear glass vessel. But that doesn't mean it is without minuses. The lid isn't removable, which makes it difficult to wash and impossible to drip dry. The cord is made from cheap, stiff material so it doesn't bend or coil easily. This makes it harder to use and store. And let's talk about storage -- it's big. No, it's almost huge. Seriously, who needs to boil 1.7L of water on a regular basis? Most people are probably making tea, ramen noodles, or hot cocoa. The "high capacity" aspect of this just takes up more room in the cabinet. All that being said, it's good. And 4 to 4.5 stars seems about right.

The subtitle of this book is “Urban Renewal and Gentrification in Chicago” and it covers a period that began before I was born and ended prior to me moving to the city. Therefore, nearly every page had a revelation that was new to me. (Isn’t it a shame how local history is largely a mystery?) 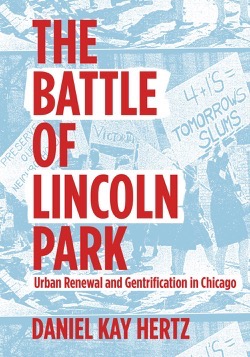 I guarantee that after reading this book you’ll never look at the Magnificent Mile, the Gold Coast, Cabrini Green, or Lincoln Park in the same way. Hertz deftly writes about the history and issues that shaped each area, and the aggressive neighborhood groups that, in some cases, bullied their way into preserving (or condemning) them.

For example, consider North Avenue between Halstead Ave and Clark Street. For the most part, buildings on the south side of the street are old construction, while those on the other side are relatively new construction. It’s as if the north side of North Ave was completely bulldozed at some point. Well, that’s because it was. In the book you’ll find out why. (Spoiler alert: to hold the line against Cabrini Green encroachment.)

It might seem that “battle” in the book’s title is hyperbole, but when you get to the part about the violence (including firebombing!) and political maneuvering, it’s an apt choice.

Shortly after I finished reading this book, the Lincoln Yards project came to the forefront of Chicago news. I’m struck at the contrast in how that’s being handled, and a little sad that those who oppose it are settling for ranting on Facebook as their form of “community activism.” Not that I’m suggesting bombs, mind you, but certainly the folks involved in the organizations and efforts described in the book would find today’s situation lame.

I bought my copy of the book at neighborhood gem VolumesBookCafe, but of course you can get it from Amazon too. If you’re interested in local Chicago history, I think you’ll love it as much as I did.