The city that works

Residents of Chicago, like those of any big city I'm sure, love to gripe the quality of services. It's practically an American pastime. But this is not one of those occasions. It's a story that, in fact, is almost unbelievable in its efficiency and timeliness.

On Saturday, a light pole on my street came crashing down. It wasn't hit by a car or anything like that. It just, well, it just fell over. This happened just a few minutes before 5:00PM. (Later examination revealed severe rust along the concrete fittings.) Surprisingly, it fell in such a way that nobody was hurt nor any property damaged. (Good News #1) But it sure made a heck of a racket. 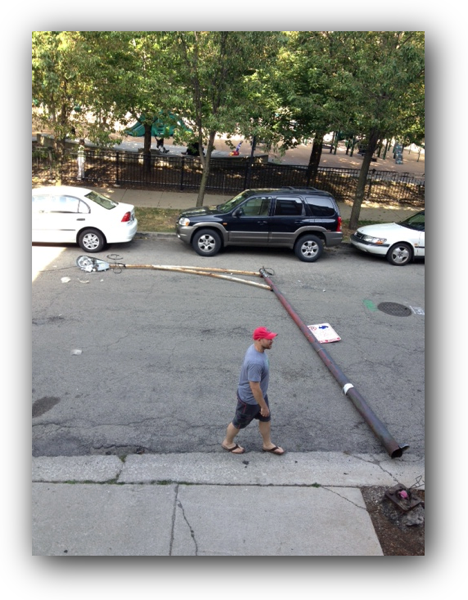 I immediately picked up the phone to report the problem. While I did this, two of my neighbors teamed up to drag the pole out of the road. Once that was done, one got a broom and began sweeping up the debris. (Good News #2)

The city dispatcher I spoke with sent the police, who arrived in just 10 minutes or so (Good News #3) and spent several minutes at the scene, most of which were on the phone or radio.

Within 30 minutes a two-person city crew arrived and temporarily restrung and fixed the broken power line. (Good News #4) Electricity on the block didn't seem to be impacted; I think the line simply connects the street lights in series. This meant that the whole block of street lights wouldn't be out. 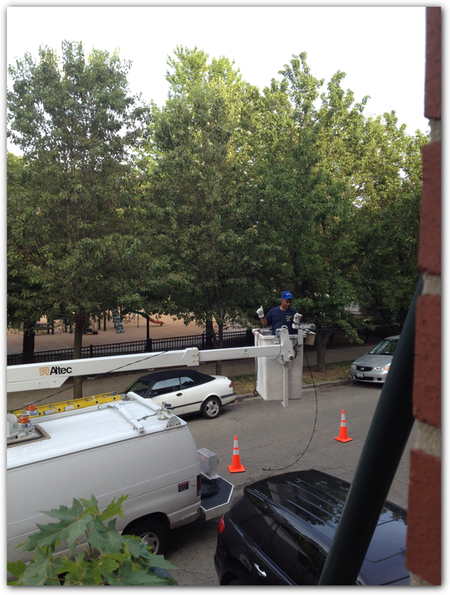 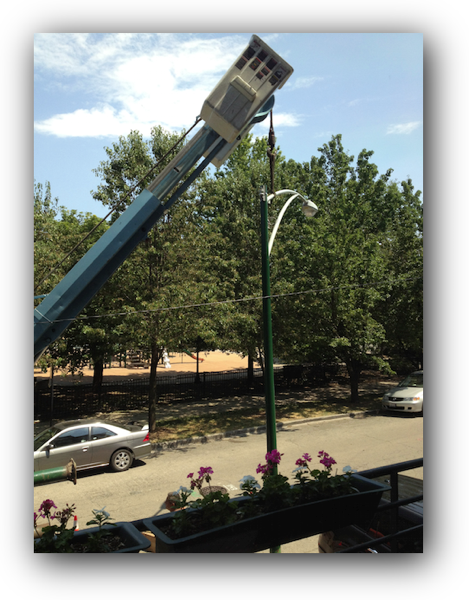 I'm sure it doesn't happen this smoothly and quickly every time, but bravo, City of Big Shoulders.

The only tiny downside is that when I called for assistance, after dispatching the officer, I was transferred to another number and told to report the problem there, too. I was on hold for 20 minutes and eventually got transferred to a number that rang one, then disconnected. Given the situation with the heatwave, I guess that's not a shock.