My encounter with a St Augustine Monster

On November 27, 2011 at approximately 12:40 in the afternoon I encountered an unknown water creature in St Augustine, Florida. My wife and I had just finished walking our dog, after visiting one of the outlet malls, and suddenly she spotted a large Nessie-like animal in the nearby pond.

It was dark black in color, moving quickly, and although we only saw about 2 feet of it at a time (due the way it was arching its back out of the water), it was clearly quite long. If it hadn't been moving and clearly alive, it would be easy to assume it was a tractor truck tire sticking out of the water. (Just to give you an idea of the size.)

True to form for these type of events, the photos I hurriedly snapped are inconclusive and don't show what we witnessed. The thing was moving fast, and mostly all I managed to capture was the wake it left behind. Although in the first photograph, you can barely see its body slipping below the water's surface.

Was this the spawn of the St Augustine Monster? I don't know. As America's oldest port and home of The Fountain of Youth, clearly there's more to the city than meets the eye. I don't know when or if we will return, but if you're in the area, remain calm and be aware. 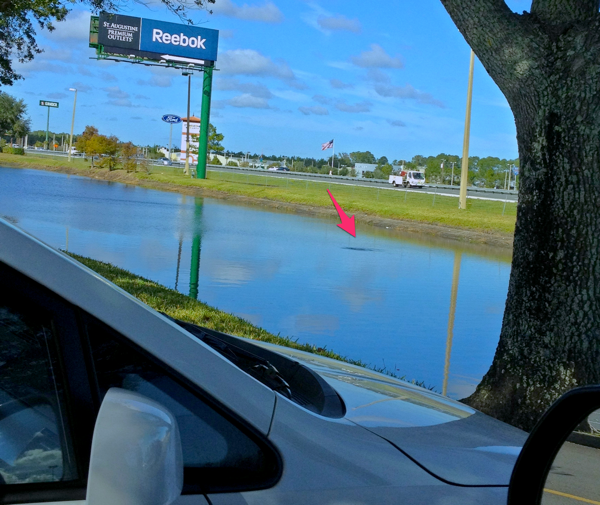 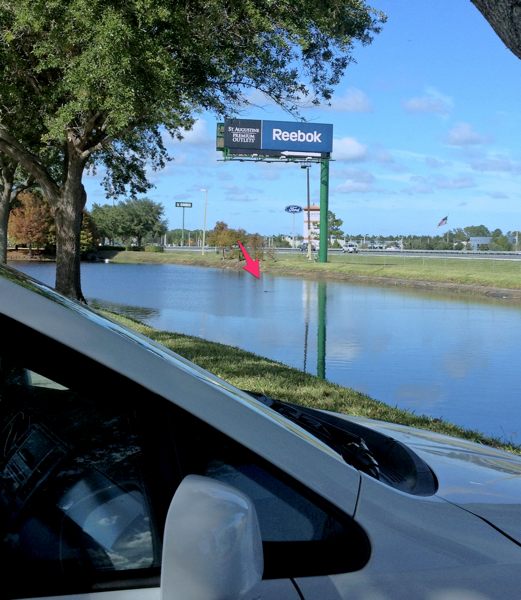 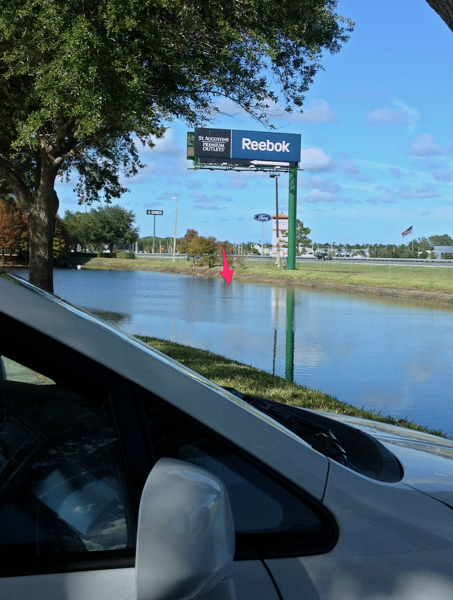