In 2007 I connected my home automation system to Twitter so that I could more easily receive status messages while I was away. This turned out to be one of the best features of my smart home, and might rank as one of the most useful applications of Twitter yet. You can read about how it all began here: Twittering Your Home.

However, a few months ago Twitter.com made a change to their service that broke my system. I've gotten around to fixing it and I thought I'd provide some pointers for those of you in a similar quandary.

The easiest way that I found to use Twitter's new "Oauth" login system is to adopt Tweepy. It's a very impressive Python library for doing everything that Twitter supports. However, because it is so feature-rich, it's intimidating to figure out. Fortunately, Jeff Miller's article on how to use it is well-written and easy to follow.

Another change at Twitter is that they're being more aggressive about filtering out what appear to be duplicate tweets. If your automated system tends to send the same sort of status messages throughout the day, some of them won't get through because of this. (Thanks to Tweepy's author, Josh, for helping with this.) The solution is to add a timestamp to your outgoing messages so they are each slightly different.

The Belkin FlipBlade is a handy, portable stand for iPad. I like it a lot, it works well and is sturdily made. The folding action is tempered by a gas piston, and the inside portion is rubberized to ensure a solid grip. It's also plenty big enough to accommodate the iPad while it's the Apple folding case. (The case I prefer, having tried a couple of others.) Overall, I'm really pleased and find it quite packable, too.

But I was perhaps most pleased to find that the FlipBlade also works well with a closed 11" MacBook Air. If you use your MacBook Air with an external display and keyboard, it might be just the thing to reduce its footprint on your desk. Or, if you just want to stash your computer out of the way when you're not using it. (I also tried it with a 13" MacBook Air, and the larger model fits too.) 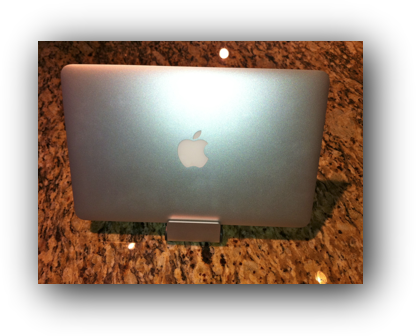 Updated versions of The Social Organization of the Computer Underground

I've released some small tweaks to The Social Organization of the Computer Underground. The PDF version now has a cover, and the ePub edition has improved formatting and table of contents.

For more about this book, see The Computer Underground: Twenty Years Later. Remember, while the ePub and PDF versions are free, proceeds from the sale of the printed and Kindle copies benefit the EFF.

Note to self: Most web servers aren't configured to properly serve up an .epub file. This makes it hard for people to download the file. To fix this for Apache servers, add an .htaccess file to the appropriate directory with the following:

Don't forget the "." in the extension.

Using web-enabled cameras for monitoring your home is certainly taking off in popularity. Amazon recently sent me an email listing a number of options, but none that I judged better than the Astak Mole, which I recently wrote about.

But I did notice, in Macworld magazine, an ad for the Archerfish Camera System. This one caught my eye because it offers a battery-powered option, is more stylish than most cameras, and claims to include "homeland security" technology that minimizes false alarms from its motion-sensing function. It claims to be able to distinguish when a person or car has set off the sensor, as opposed to a pet or passing cloud.

See their website for details. Unfortunately the camera is priced in the typical $400 range, but if you want to purchase one, definitely check out the Amazon listing which offers a steep discount.

An automatic turn on

Here's a simple but handy automation technique. The iVac Automated Vacuum Switch is a specialized power strip that automatically turns on multiple outlets when one of the devices is turned on. It's designed for use with power tools, where you can have a sawdust vacuum automatically turn on when you activate the jigsaw, for example. But it works with many different types of electrical appliances so you could, for example, have a lamp turn on whenever a space heater is in use. See the Cool Tools: iVac Automated Vacuum Switch write-up for more info and other examples.

Catching your neighbor in the act

Neighborhood Mischief Caught On Tape, in the New York Times, describes how homeowners are using web cams, DVRs, and home automation techniques to catch neighbors in the commission of crimes or nonsense. In many cases, the video was posted online as a method of public shaming. As prices fall on the necessary equipment, we are increasingly surveilling each other.

See also Monitor Your Home with an Internet Camera.

I recently returned from Las Vegas where I lectured and performed at a conference for magicians. It was a good and productive trip, but it was such a whirlwind of activity that I barely got to sample any of the usual trappings of the resort area. I think another, non-working, visit is in order soon. 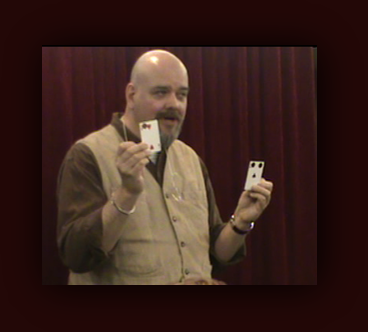 In "Who Killed Aiyana Stanley-Jones?", a grim portrait of a once-great American city, Charlie Leduff writing for the Nov/Dec 2010 issue of Mother Jones describes how Detroit fire stations have solved an important problem:

[the fire house is] alerted to fires by fax from the central office. (They'd jerry-rigged a contraption where the fax pushes a door hinge, which falls on a screw wired to an actual alarm.)

Overlooking the sad need for such a primitive system, it's a Smart Home Hack to be proud of.