Next week, on February 3, 2010, I'll be performing in Magic Chicago. Come on out to the Edgewater neighborhood, where Magic Chicago is opening their 5th season. Tickets and info available at the Magic Chicago website.

(The snapshot below is from my performance in The Magic Cabaret, December 2009.) 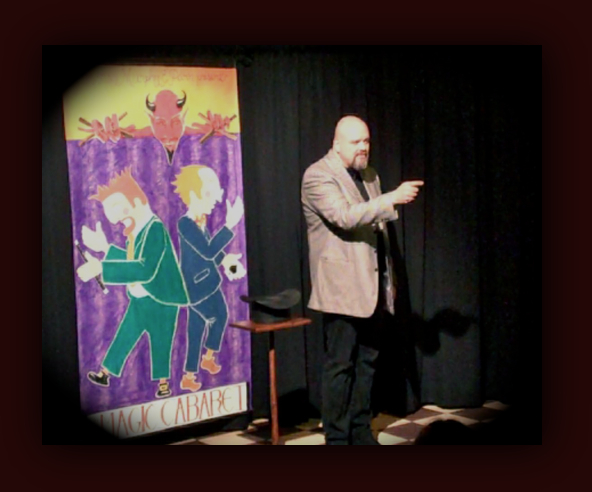 Update on my wireless thermostat

A while back, on the O'Reilly Network, I wrote about how I replaced my home thermostat with a wireless model. The primary purpose was so that I could better regulate heating and cooling by moving the thermostat from room to room, thus ensuring that the HVAC was working only on the basis of which room was currently occupied.

I've since replaced the HVAC system, but kept the wireless thermostat. It's working great, and I continue to be very pleased with the decision to install it. The model I use is the Venstar Wireless Thermostat. (The manufacturer has changed names since I wrote the original article, but it's the same thermostat.)

If you already have a Venstar thermostat, you can add just the wireless portion using the Venstar Wireless Sender.

A less expensive way to get started with INSTEON

The current darling of home automation technology, INSTEON, is on sale at Smarthome, Inc. All of their starter kits are available at a reduced price, and there's a promo code (ENKIT1) that provides free shipping. You can't go wrong with any of the kits, but I like the Scene Controller Starter Kit (now $99 instead of $184) and the Lamp Control Starter Kit (now $129 instead of $209) for their variety of useful modules.

Big Brother in the back seat

If you have a teenaged driver and you're worried about them developing bad habits, such as speeding or not using seat belts, there's a technological nanny you can use. The Tiwi is a small radio-connected box that not only records the driver's actions, but it also reports them in real-time. Additionally, you can set alerts for when the vehicle enters or leaves certain geographic areas. At $300 for the box, plus $40 a month for the service, it's not an inexpensive guardian. But there do seem to be a lot of features, including roadside assistance, that might help you justify the cost.

Back around Hallowe'en, I described my experience of trying to use my beloved Kindle DX in Canada.

Amazon has announced a new version of the Kindle DX that avoids the connectivity problem by providing worldwide wireless access. Now available for pre-ordering and shipping before the end of January. (My pre-order experience with Amazon was excellent, by the way.)

Back around Thanksgiving I wrote about my favorite iPhone productivity apps. At that time, I said Foodle was my favorite for grocery and other shopping lists.

Well, it still is, but now it's called Green Grocer. Apparently the name change was made under diress.

But Foodle by any other name still rocks. Here's what I said last time, and it still holds true:

For grocery shopping, I think Foodle is the best. Lovely, and my fave feature is that it uses the GPS so you can find things again in the store. I keep separate lists for Grocery, Liquor, and Hardware Stores. I use the paid version, but here's a link to the freebie so you can try it: